The agenda includes meetings with Sayyid Fahd bin Mahmoud al Said, Deputy Prime Minister of the Council of Ministers of the Oman Sultanate, ministers of the Cabinet, as well as a Business Forum, which will reunite members of the Cabinet, presidents of the Chamber of Commerce and Industry, of the Duqm Special Economic Zone Authority, the Public Authority for Promoting Investments and Developing Export, as well as 20 prestigious Omani companies, interested in business opportunities in Romania, specified the Executive.

At the same time, the opening of the Muscat diplomatic mission, near the 45th anniversary of unbroken diplomatic ties in 2019, is a concrete way for the Romanian government to support the almost 300-strong Romanian community of Oman.

As part of an official visit to the Sultanate of Oman, romanian Prime Minister Viorica Dancila attended the opening ceremony of the Romanian Embassy in Muscat on Monday november 5 2018, in the presence of the ministers of the Omani government, representatives of the local diplomatic corps and members of the Romanian community in Oman.

Thus, the commercial director of the company New Home For Word Projects Oman, and representative of the Romanian delegation, mrs. Nicoleta Stefan attended the ceremony and talks with Romanian officials.

The attendees emphasised the importance of the moment for the bilateral relationship and its symbolic value in determining the Romanian side to have a permanent presence on the territory of the country, voicing conviction that the dialogue between Romania and Oman will be strengthened in the coming period, both politically and economically. In this respect, the meetings of the visiting Romanian delegation were mentioned, which were said to highlight the interest of both parties in the completion of sectoral co-operation projects. 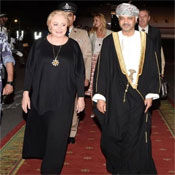 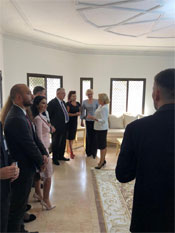 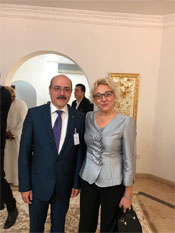